South of the Border: Mexican wine is without walls

By Erlinda A. Doherty 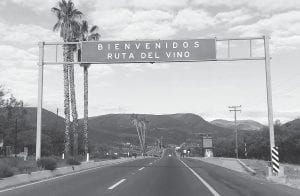 While we tend to associate our neighbor South of the border with tequila and beer, Mexico is actually the birthplace of wine in the Americas. In fact, the first winery in the New World—Casa Madera—was established in Santa Maria de las Parras (“Holy Mary of the Grapevines”) in 1597 and continues to produce fine wines today.

Originally planted by the Spanish, vineyards total about 7,700 acres and is increasing rapidly. Varietals abound, as do wine styles—many winemakers emulate European traditions, while others are more progressive in their winemaking practices.

Let’s discover two distinct areas of Mexican wine country: Baja, the largest region, and Guanajuato, one of the smallest.

Baja: The Napa Valley of Mexico?

The Baja Peninsula just south of California may be famous for its fish tacos and thriving Pacific Ocean port city of Ensenada, but it’s also home to 90 percent of the fine winemaking in Mexico. Baja’s Guadalupe Valley has been dubbed the Napa Valley of Mexico as it’s teaming with close to 200 wineries, an explosion of fine dining, and a boasts an enotourism industry hopping on board the “Ruta del Vino.” 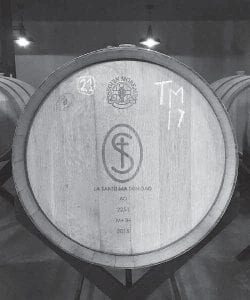 With an extremely arid climate, soils are sandy or comprised of decomposed granite. The array of varietals produced range from traditional Bordeaux to Rhone Valley workhorses, but top grapes include Cabernet Sauvignon, Tempranillo, Sauvignon Blanc, and Chardonnay.

Most of the wines are blends—some Bordeaux esque, while others totally novel. Modern facilities tout their sustainable practices and focus on artisanal, and low intervention winemaking techniques. There’s also proliferation of gravity flow wineries incorporating avant garde architecture that would delight any design aficionado.

Monte Xanic, the region’s first boutique winery, is credited for establishing the valley as a leader in Mexican wine production. A higher volume producer with 30 years in the region, their Bordeaux blends and Sauvignon Blanc are award-winning. 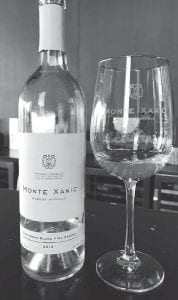 Decantos Vinicola, on the other hand is a good example of the recent proliferation of smaller, micro-production wineries. Their Rhone varietal-based wines produced with gravity flow techniques are notable and reflective of the innovation happening across the Valley.

Guanajuato: The Cradle of Independence…and Wine

The smallest wine region located in the Mexican hill country of Guanajuato has a climate more akin to Provence.

Lavender and olive groves thrive next to vineyards in the loamy clay soil sitting in elevations as high as 6,500 feet. While no official moniker has been given to the area, it has been nicknamed the “Cradle of Independence” wine region by proud winemakers as it was in the city of Dolores Hidalgo Mexico began its fight for independence from Spain. Most venture to this region, however, via San Miguel de Allende, a UNESCO World Heritage city known for its preserved colonial architecture, thriving arts scene, and gastronomic treasures. 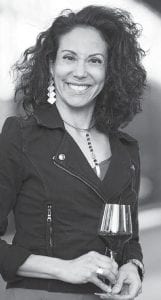 Like the Guadalupe Valley, blends dominate here, with varietals running the gamut.

Cabernet Sauvignon and Tempranillo do well in this Mediterranean climate and are the most widely produced.

Some winemakers take their cues from colonial times adopting wood aging guidelines used in Spanish Rioja, while others are focused on more terroir-based vinification practices.

Cuna de Tierra winery is one of the largest in the Independence Valley with its Cabernet Sauvignon blends showcasing the potential of its winemaker and redesigned facility.

Only 10 years since releasing its first vintage, its wines have garnered international accolades.

Even newer on the scene, Santisima Trinidad is producing highly sought-after, terroir-focused wines. Committed to organic and sustainable practices, this low-production winery combines traditional techniques with such innovation as semi-carbonic maceration.

Multiple varietals have been planted in their eight-year-old winery and only a couple of vintages have been released. Their head winemaker hails from Argentina and continues to discover what does well here.

Mexican wines are available on the West Coast or online but local retailers can also order from larger producers on occasion. Your best bet, however, is to visit these beautiful regions and taste true wine without walls. Salud!

Erlinda just got back from Mexican wine country and would love to teach you more about these fascinating regions. Reach out at erlinda@thevinicola.com or visit www.thevinicola.com, Instagram (@ thevinicola), or Facebook (theViniCola) to join Columbia’s wine community.