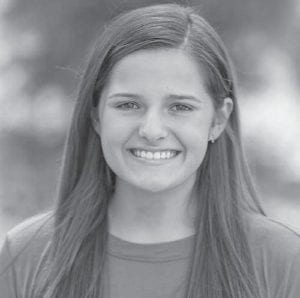 We live in the south. I mean, we are not just the most southern of the two Carolinas, but we are geographically located in the southern portion of the United States of America. Which, if the stereotypes from the media are to be taken into account, is either the most polite, charming, and graceful place in the U.S., or the most uneducated, uncivilized bunch of rednecks in the country.

There are so many things that are commonly stereotyped about “southerners,” and a number of them are fairly spot on.

One movie I can think of that definitely embraces the southern ideals is Steel Magnolias. In a comical way it depicts the politeness of the south. But just like the saying “Bless her/his/your heart,” there is always a deeper meaning. It seems very polite on the outside, I mean, you are getting blessed right?! But for those who are not in the know, the saying is actually an insult, as in “look at the poor thing, she is so stupid she did not realize…”

And when you hear it, you know you have to listen in, because you will hear some of the meanest comments made, but in the most polite way possible. It really is quite incredible how people can make insults sound so complimentary.

Most popularly used in the south is the term “y’all.” Which I must say, I use in abundance myself. I saw a chart once that perfectly sums up its usage. “You” equals one person. “Y’all” is two to four people. And, “All Y’all” is five or more.

In fact, as I am typing this, y’all has the little red squiggly line underneath it signifying Microsoft Word does not recognize it as a word. I feel like it should be properly recognized—and embraced—as a word at this point, as we in the south certainly use it enough.

My favorite has to be the vernacular differences between the southern regions and other places in the United States.

For instance, soda versus pop. I have always said soda, and I always will. In reference to a carbonated beverage, pop just sounds so…odd.

And what about the “buggy” versus “cart” debate. Personally, I would say I have used “cart” more often than “buggy,” but I have heard both used around these parts.

The south is vastly different from the rest of the United States in many ways, especially in the phrases and words used in everyday life. I can see why it might take a little adjusting to when moving to the south or even when just visiting.

But, no matter what way you look at it, we are all still Americans.