Puddin’, Butter Bean, Biscuit, and more—Nicknames are better in the South 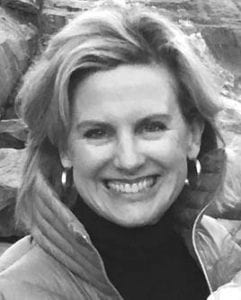 That’s Mr. Butter Bean To You

As a child, I grew up with a Butter Bean, a Chubby, a Biscuit, and a Granny. But because southerners put manners above all else, even with a nickname, it was Mr. Butter Bean, Mr. Chubby, Mr. Biscuit, and Mr. Granny.

As a teacher, I’ve had a Nater Tot, a Pork Chop, and a Puddin’ in my classroom.

The official roster listed my cute little spud as Nathanial. On the first day of school he said most grownups called him Nates so that’s what I did. That lasted about a month until I, too, was calling the child Nater. On the rare occasion he got in trouble, Nates became Nater Tot, emphasis on the TOT.

“Nater TOT, close that i-Pad.” “Nater TOT, eyes on me.” Southern Mamas and southern teachers fully appreciate the power of a double name or a double nickname in this case to get a child’s full attention.

Nates’ nickname was so common he had “Nater” monogrammed on his backpack. It made me wonder if Mr. Chubby had “Chubby” or his given name stitched on his work shirt. I bet it was Chubby.

Last year, I had a little Puddin’ in my class. At orientation I told him I had heard he liked to be called “Pudding” but I wasn’t sure. I asked him what HE wanted to be called. He looked confused. I broke it down because that’s what teachers do.

Ahhh. Drop the g and there you have it. I loved him that very minute.

I was sharing my story with a friend who grew up above the Mason- Dixon line. He said people everywhere have nicknames. He shared some of the ones he knew growing up, but they weren’t as good.

Like many things, Southerners just seem to do nicknames better.

I love that my parents made me add “mister” when addressing Chubby and Granny. I love that I taught a 10-year-old who knows the difference between being a boy who goes by Pudding and a boy called Puddin.’ I love walking by a stack of bookbags and seeing “Nater” stitched in perfect calligraphy. Add monogramming to the list of things that southerners do well.

While it’s true southerners are not the only folks who love a good nickname, we take it to the next level. We correct any youngster who does not add the polite title of mister when speaking to an elder.

The Butter Beans and Biscuits of the world have earned this respect.

We do not hesitate to proudly monogram our nickname, and as I learned from my little Puddin’, we always drop the g.