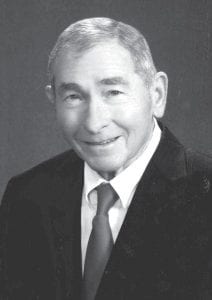 James William Hammond Jr., M.D., 73, of Columbia, died Tuesday, August 4, 2015. Son of the late James William Hammond Sr. and Mary Alice Jobe Hammond, he was born December 27, 1941, in Boston, Massachusetts. Growing up in Houston, Texas, he graduated from Bellaire High School and attended the University of Oklahoma where he received a bachelor of science in general engineering and went on to obtain his M.D. from the University of Texas Southwestern Medical School in 1967.

Dr. Hammond served in the Army from 1967 until 1973 completing his internship at Tripler Army Medical Center in Honolulu, Hawaii. He served his residency at Brooke Army Medical Center in San Antonio, Texas, and satisfied his military commitment as a pediatrician at Ireland Army Hospital in Ft. Knox, Kentucky.

Dr. Hammond moved to Columbia in 1973 to join Pediatric Associates and continued to practice there until retiring in 2006. During his 33 years as a pediatrician in the Midlands, he found great joy and satisfaction serving children and their families. He served in many capacities in the Columbia medical community and was particularly passionate about establishing a children’s hospital in the area. He served on the founding board of the Palmetto Health Children’s Hospital, the first children’s hospital to be established in South Carolina.

Over the years, Dr. Hammond had many pursuits including fishing and gardening, as well as enjoying many genres of music, particularly the South Carolina Philharmonic and the opera. He played several instruments and was also an avid reader who was especially interested in history.

A member of Kilbourne Park Baptist Church for 42 years, he enjoyed having the time to serve as a Sunday school teacher and deacon as well as numerous committees after retiring. He was also a member of the Columbia Medical Society, Medical Journal Club, and South Carolina Debutante Ball.

A memorial service was held for Dr. Hammond at 3:00 p.m. Friday, August 7 at Kilbourne Park Baptist Church with the Rev. Terry Smoak and the Rev. Roy Arnold officiating.

The family wishes to thank Dr. Charles Butler and the team of caring nurses at South Carolina Oncology Associates, the nursing staff on the 11th floor of Palmetto Health Richland Hospital, as well as their many friends for their loving support and care over the last year.