Special to The Columbia Star 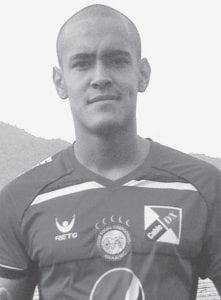 Cojulun scored 102 goals for Brookland-Cayce between 2010 and 2013 and was captain and “Player of the Year” in 2012 and 2013. He was the recipient of many other national and state awards for his soccer ability including the national Major League Soccer (MLS) “Sueño” competition finalist with the Seattle Sounders FC in 2012, The State newspaper “Player of the Week,” South Carolina All-State Team, “Clash of the Carolinas” Team, NSCAA All- South Team, South Carolina State Olympic Developmental Team (ODP), US Development Academy, and the U16 South Carolina State Champion in 2010.

Cojulun received tryout offers from top agents in Europe and Brazil who represent major teams such as Flamengo, Real Madrid, Barcelona, and Espanyol, but he opted to start his professional soccer career in Guatemala to be close to his family.