Tushar Chikhliker and Christy Epps have been appointed to the Central Carolina Community Foundation 2019 board of trustees.

Sergeant Jeffrey Brink has been named Officer of the Year by the Forty and Eight General’s Club.

Officer Forrest Fulmore has been named Rookie of the Year by the Forty and Eight General’s Club.

Andy Folsom, Dr. Roslyn Clark Artis, Scott Graves, Dr. J.R. Green, and David Solano have been appointed to the United Way of the Midlands’ 2018- 2019 board of directors. Folsom will serve as the board’s chair.

Heather Srulevich and Steve Matthew have been appointed to the South Carolina Governor]s School for Science & Mathematics Foundation board of directors. Srulevich’s term runs from 2018-2021, while Matthews’ term is from 2018-2019.

Alex Morgan, with Thomas & Hutton, has completed an eight hour civil examination to become a professional engineer in South Carolina. 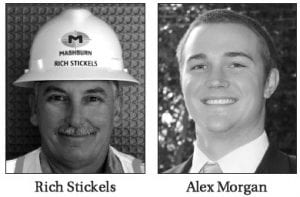