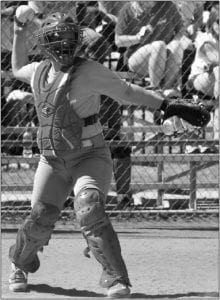 The A.C. Flora Falcons needed just four hits and two innings to score 18 runs en route to an 18-0 win over the Eau Claire Shamrocks as part of the Super Saturday slate of games at A.C. Flora March 23.

Charlotte Little led the Falcons with a triple that scored three runs. She also had a run scored. Izzy Fink and Savannah Hudson added a single, an RBI, and two runs scored each, and Harleigh Livingston got a single to go with an RBI and a run scored. Logan Masinsky pitched three innings allowing zero hits or runs while striking out eight Shamrocks.

The game was just three innings long due to the mercy rule. The Shamrocks walked 15 A.C. Flora batters in two innings. The Falcons did not bat in the third inning but, in the first and second innings, they scored eight runs on wild pitches and two each on errors, passed balls, and walks. Little’s three-RBI triple and a run scoring single from Harleigh Livingston in the second accounted for the other runs. 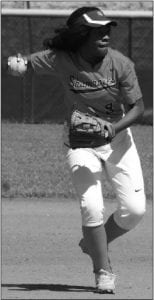 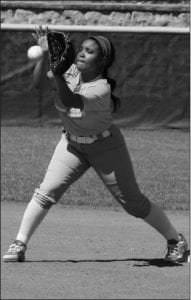 A.C. Flora’s D’Asia Thompson gets an Eau Claire runner out.