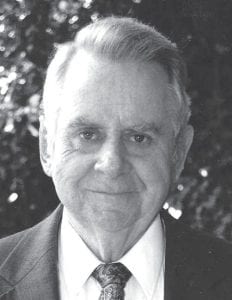 Robert Richard Taylor Jr., M.D., 80, of Columbia, died Friday, March 27, 2015, at his home following an extended illness. Son of the late Robert Richard Taylor and Reba Carroll Taylor, Robert was born August 28, 1934, in Columbia. Educated in Columbia schools, he graduated from the University of South Carolina in 1956 with a bachelor’s of science and went on to obtain his M.D. from MUSC in 1960.

After a rotating internship at the old Columbia Hospital, Dr. Taylor served residencies in internal medicine and neurology at Bowman Gray School of Medicine in Winston Salem, North Carolina. He returned to Columbia to practice neurology in 1967. Dr. Taylor served in the U.S. Air Force Reserves from 1967-1972.

Dr. Taylor earned a reputation as a caring, dedicated physician before retiring in 2000. During his 33 years as a medical doctor, he served as Chief of Staff at Richland Memorial Hospital (now Palmetto Health Richland), medical director of the EEG Lab and peripheral vascular lab, and as member of the American Academy of Neurology, the American Neurological Association, American Heart Association, and American Heart Association Stroke Council, Medical Journal Club, and Columbia Medical Society, past president of the S.C. Neurological Association, former director of the Acute Stroke Unit at Columbia

Hospital, and was a former director of the SC Heart Association’s Stroke Task Force.

Dr. Taylor was also a member of Forest Lake Club and the Camellia Ball. He loved the out-of-doors and was an avid hunter and fisherman, establishing the Goff Swamp Hunting and Fishing Club in 1986.

As a young boy, Dr. Taylor hunted this land every weekend with his father. He was a giver of hospitality and loved entertaining friends and church members with his fish and game dinners. He was also a timber farmer and member of the S.C. Forestry Association, where he served on a variety of committees and boards.

The family wishes to thank Agape Hospice, especially Elizabeth Lauder, Keisher Holloway, and Melissa Baxter; as well as Ja’- nine Pontoon, Ishamel Garnika, and our many friends for the loving care during Dr. Taylor’s illness.

Memories and condolences may be shared at ShivesFuneralHome.com.

Only one lifeso soon it will pass. Only what’s done for Christ will last.