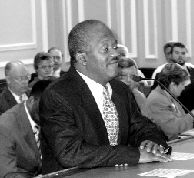 Oliver Washington , national coordinator for the U.S. Youth Games in Columbia this week, July 18-22, brought council up to date. Participants are in town from distant cities such as Birmingham, Ala.; Newark, N.J.; and Oakland, Calif. 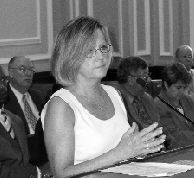 Ferillo & Associates and the low bid of $19,200 won council’s nod to market the Drew Wellness Center for the next year. The second bid was for $49,550.20, as submitted by the Tom Sawyer Company.

Council approved the $3,198,006 for improvements to the Mill Creek pump station, but Cromartie wasn’t happy with the lack of full detailed disclosure on adherence to the city’s diversity priorities. The contract was awarded to M. B. Kahn, a firm with favorable reports on diversity, but Cromartie wanted tighter quantification, even though such is forthcoming upon each monthly pay request. Finlay chimed in with agreement and a few constructive suggestions for minority participation review. Finlay wanted to nail down determinations of the effectiveness and the cost of the program. 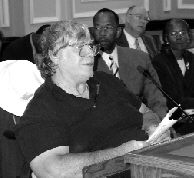 Paulette Ritter asked for permission to rent out her backyard garage apartment. Her house lot sits squarely in the middle of a single-family zoned district. She needed the money to help cover her expenses in caring for her suburban son, who once lived in the garage apartment. Sinclair moved to deny the request on the grounds that land planning policy changes had very little to do with personal needs but everything to do with neighborhood definition and continued quality. Council voted with Sinclair to deny.

Rick Semon and Dollie Bristow of Community Development explained the function of the Mini Grant Committee, where there were vacancies to be filled. In the most recent round there were four neighborhood revitalization grants ranging from $900 to $5,000, and Community Development put in the first $1,000 without strings. Every additional dollar must be matched one-for-one. 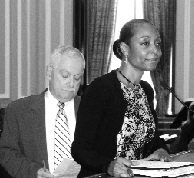 Sinclair raised the issue of administration costs or indirect expenditures in handling funds from the water and sewer system. Finlay recommended staff search three comparable cities to give council a background on common practices before council hears what to do from a consultant.

Robert McLeod reminded council the Central Midlands Regional Transit Authority allows public input in three-minute segments at its hearings. McLeod would take two minutes just to make it to the lectern, and in one minute he would be told his time was up. He had his three minutes. Davis assured McLeod CMRTA had to be more sensitive and sensible than that. McLeod wasn’t so sure.

Council meets on Wednesday, July 26, at 10 am for its regular session. Meetings are held in council chambers, third floor, City Hall, corner of Laurel and Main.