Classical saxophonist heads to Governor’s School for the Arts 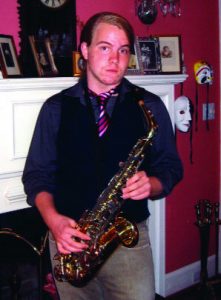 Freeman Hamilton is an 11th grader who was home schooled the last two years, in part to afford him time to develop his musical talents. In April, he learned he had been accepted to the Governor’s School for the Arts.

Participation in both the wind ensemble and the all-school choir will be built into his learning experience. Hamilton also expects to learn a lot from his roommate and suitemates. “My roommate is also a musician; one suitemate is a visual artist, the other is a performing artist.”

Hamilton packed his iPod with his favorite classical music, including some works by modern and contemporary composers. “I like a little pop music for fun, too,” said the young musician who is also a guitarist. He began his musical studies in the USC’s community music program.