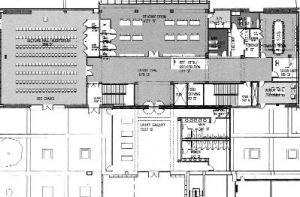 A few years ago, Columbia City Council looked to Myrtle Beach for bold vision and keen business acumen in owning and operating a city-developed hotel. While Columbia still had time to shift to private hotel development, Myrtle Beach was far enough along to disclose some operating financials from its new city-owned convention center hotel. The Myrtle Beach hotel was a financial failure its first year, and for the most recent budget year ending March 31, the Myrtle Beach hotel lost about 10 times more money than expected. Meanwhile, nationally, about 120,000 new hotel rooms are expected to begin construction this year, up from 83,000 last year.

The largest utility in the US

is headquartered in Charlotte 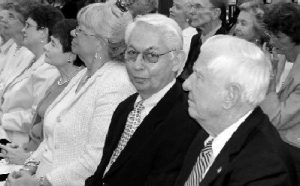 Charleston buses need money. But don’t they all?

The Charleston Area Regional Transportation Authority (CARTA) asked Charleston County Council for $9.2 million in annual support and got $6.8 million. Service cuts are in store, even if the county kicks in $8 million next year. The county’s half-percent sales tax totals an annual take of $38.5 million, and the council pledged 18% of that to CARTA, 65% to roads, and 17% for green space, as declared in the successful referendum. Meanwhile, Columbia has three years to decide how to fund CMRTA buses and their $11 million operating budget without a SCANA subsidy.

State’s economy on the upswing

According to Wachovia Bank, South Carolina’s gross state product grew by 6.6% in this year’s first quarter. The US gross domestic product grew by less than 5%. The 12 Southeastern states grew by 5.8% for the quarter, while Louisiana stood out at 9.8%. 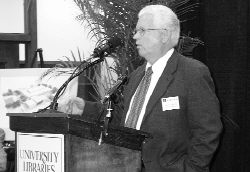 As is individual income

The average earnings of South Carolina residents rose to $27,185 in 2004, a gain of 5%, but the state’s per-capita income ranking fell from ninth from the bottom to seventh. The bottom was occupied by Mississippi with a per-capita income of $24,518. The top was the District of Columbia with $51,155, and second to DC was Connecticut with $45,318. The cost of living in South Carolina, however, is about 20% less than the national average.

The prestigious James Beard Foundation Awards banquet in NYC recognized Bowens Island Restaurant near Charleston as one of the country?s best among the family owned eating establishments over 100 years old. 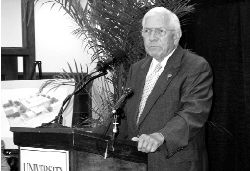 Overheard by the fry cook:

South Carolina follows the federal minimum wage rate at $5.15 an hour, while 18 states have higher minimum wage rates, and only Kansas has one lower. The state of Washington has the nation’s highest at $7.63. The lowest is in Kansas at $2.65. Taking inflation into account and bringing the $1.60 minimum wage of 1968 forward to today’s dollars, the minimum wage in 1968 actually was worth $9.19 an hour. In 1938 and in the depths of The Depression, it was $0.25, which today comes to $3.54, still higher than in Kansas.

The law firm Haynsworth Sinkler Boyd PA will present the 2006 International Economic Development Award to BMW Manufacturing Co. in Greenville on May 24. BMW has invested more than $2.5 billion in its Greer plant since 1993. Its one millionth vehicle came off the assembly line in February. BMW ships about 400 vehicles daily through the Port of Charleston. The award banquet begins at 5:30 pm in the Palmetto Expo Center, Greenville. For tickets, visit www.greenvillechamber.org.

Some of South Carolina’s most prominent political leaders joined USC officials Wednesday, May 10, to break ground for the South Carolina Political Collections wing of the Thomas Cooper Library.

Participating in the ceremony were former Gov. James B. Edwards and former U.S. Sen. Ernest F. Hollings. Both have given their papers to the collections, the most extensive in the state and among the largest in the nation.

Besides South Carolina’s Governor, Edwards was the U.S. Secretary of Energy (1981-82), and he was president of the Medical University of South Carolina (1982-99).

When completed in 2008, the $8 million three-story wing’s 32,000 square feet will feature a reading room, lecture hall, exhibition gallery, conference room, a small theater for watching and listening to recordings, and a studio where materials can be digitized for Internet access.

The Thomas Cooper Library’s original 1959 building was designed as USC’s Undergraduate Library to complement its Graduate Library at McKissick. The Undergraduate Library was designed by American architect Edward Durell Stone with local contributions from Lyles Bissett Carlisle & Wolfe. Stone’s American Embassy in New Delhi shows aesthetic similarities with his USC library. Stone also designed the American Embassy in London, the General Motors Building in NYC, and he even had considerable influence on the Harden Street Degenhart house in white stucco near the intersection with Wheat Street.

A second $8 mllion wing on the opposite side of the library is planned for USC’s Rare Books and Special Collections, which includes some of the world’s most prominent collections in literature and natural history. Ground breaking is scheduled for June 14.