Dreher players and coaches come together for a talk during practice Monday, August 10.

On Thursday, August 20, the Dreher Blue Devils will start the regular season with a home tilt against Fox Creek. There is plenty to be done for coach Treigh Sullivan and the Blue Devils before the start of the season, including a scrimmage against Gilbert on August 11 and the Richland County Sportsarama Saturday, August 15.

One area Sullivan wants to see his team improve is on defense. Dreher gave up an average of 34.2 points per game in the last five games of 2014. Defensive coordinator Jamie McCutcheon feels good about his players and says the experience will be beneficial.

Defensive lineman Jacque Adams is one of the key players for McCutcheon.

“He is a cornerstone of our defensive line,” McCutcheon said. “He’s made 72 workouts the past three summers. He’s everywhere you want him to be. He’s a good coachable young man.”

The secondary was a major question mark entering fall camp; however, McCutcheon believes he has some answers in the form of Chris Cooke, DeAmondre Goodwin, and Anthony Salters. 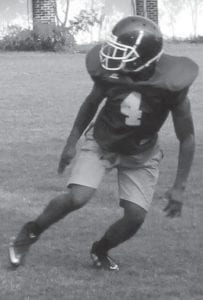 On the other side of the ball, third-year quarterback Avery Armstrong is very confident about the upcoming season. He’s spent the offseason working with players like Cooke, Jay Washington, Tyrod Hutcherson, and Lamar Sims to improve an offense that averaged 22.2 points per game in 2014. Cooke is accustomed to playing multiple positions; he lined up at six different positions in 2014.

“I play wherever my team needs me,” Cooke said. “Even if they need me on the O-line, I’ll still play it. It’s about being coachable… doing anything they ask.” 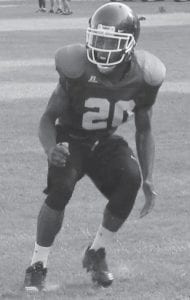 Cooke isn’t the only player having to play both sides. Sims, Goodwin, Washington, and Kwesi Jackson are among the players who will play both defense and offense in 2015.

With the start of the season quickly approaching, Sullivan wants to see his team’s offensive execution improve and his defense to remain tough and run to the football.

A year after their first playoff appearance since 2011, the Airport Eagles will look to build on last year’s five- win season. One reason for Airport’s success was quarterback Brett Burnett. The son of head coach Kirk Burnett found himself thrust into the starting role during the first half of the 2014 season.

“Last year was a learning experience in seeing different formations,” Brett said. “It was a lot quicker than JV. This year, I believe I’ll be able to read defenses better and get it to our playmakers better.” 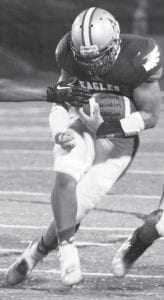 The junior spent the offseason working to improve in both areas. He will look to improve a unit that averaged 17.6 points per game in 2014. To accomplish that, Brett has plenty of weapons at his disposal, including receiver Josh Tucker and running back Jonathan Earle. Tucker says Brett is a lot stronger and believes he can have a great year.

A year after battling injuries, Earle says he is 100 percent. He credits working in the weight room with making him stronger and capable of withstanding the hits he will take by being the dependable back Airport needs.

One key for both Earle and Brett will be the offensive line. After a couple of down seasons, Kirk Burnett believes the unit is due for a breakout season.

Defensively, Kirk expects a much improved group from the one that allowed 44 points in its last outing against Georgetown. The return of Earle will help with that as he plans to pull double-duty playing both offense and defense for Airport. Zach Feaster, Tremaine Flemming, Jamir Ladsden, and Alex Spooner will also have an impact on the 2015 Eagle defense.

Airport kicks off the regular season August 28 against the Brookland- Cayce Bearcats. In the coming weeks, the Eagles will participate in multiple scrimmages and jamborees. Kirk Burnett hopes his team will use those opportunities to improve on tackling, cut down on mental mistakes, and execute better on the offensive side of the ball.