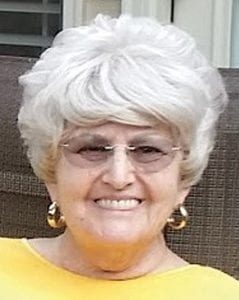 The amazing, sweet, kind, and colorful soul of Barbara Leigh Kohn left this world on Monday, September 24, 2018 after a brief illness, surrounded by loving family. Barbara is survived by her two devoted daughters, Alycia Collins, and Megan McKenzie; her beloved brother, Theodore (Teddy) Kohn Jr.; sister-in-law, Betty Kohn; sons-in-law, Russ Collins, Craig McKenzie father to Alycia and Megan; “friend-in-law” Sandi Collins; and many close family and friends. Although Barbara had only two daughters of her own, many called her “Mom.”

She was predeceased by her parents, Theodore Benedict Kohn Sr. and Margaret Cullum Kohn of Columbia

The family is grateful for the loving care provided by Lexington Hospital and Agape Hospice House in Columbia, S.C.

A third generation alumni of the University of South Carolina, Barbara graduated in 1961 with a degree in psychology with honors. She was an accomplished student in high school and college. She spent time working through high school at the family’s store, Kohn’s on Main Street.

At Dreher High School, Barbara was the president of the National Honors Society, assistant editor of the Blue Devil yearbook, and a member of the literary staff of the Blue Print student newspaper; member of the LPP social society, and later of the Dreher High School 39ers reunion club. At the University of South Carolina she was a member of Alpha Kappa Gamma Leadership Society, and managing editor of The Garnet and Black yearbook.

She lived for a few years in California, working at the Kings County Department of Environmental Health. Later, she returned to her roots at USC as the executive assistant to the Dean of the College of Social Work until she retired.

Barbara’s last wish was to donate herself to the University of South Carolina Medical School as her mother did previously. The family is very comforted to know her donation was granted. Forever To Thee!

In lieu of flowers, donations can be made to any of the following: Agape Hospice House in Columbia, PETSinc Animal shelter, W. Columbia, or American Diabetes Association.

Memories may be shared at www.dunbarfunerals.com.