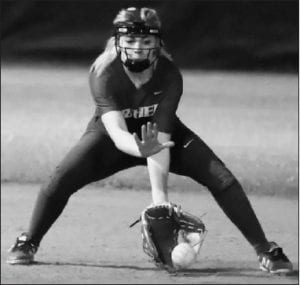 Makayla Bush led off the bottom of the seventh with a triple for A.C. Flora, and then Izzy Fink drove her home with a ground ball to give the Falcons a walk-off 7-6 win over the Dreher Blue Devils in Region 4-4A softball action at A.C. Flora Friday, March 22.

Bush led the Falcons going 2- for- 3 from the plate with three runs scored. Fink was 1-for-4 with two RBI and a run scored according to A.C. Flora’s scorebook. Dreher gave her credit for three hits and four RBI. Logan Masinsky pitched 6-2/3 innings for the Falcons allowing zero earned runs while striking out eight Blue Devils.

Maggie Marsh had a 3-of-4 night from the plate for Dreher with three RBI. Grace Foster went 2-for-3 with two runs scored, and J’Kayla Washington went 2-for-4 with an RBI and a run scored. Washington also pitched for Dreher and struck out 10 A.C. Flora batters.

The Blue Devils jumped out to a 3-0 lead in the top of the first inning as Marsh’s ground ball got through the right side of the Flora defense allowing Anna Stewart and Foster to score. Caroline Peel then reached home on Aniya Mack’s single to left field. 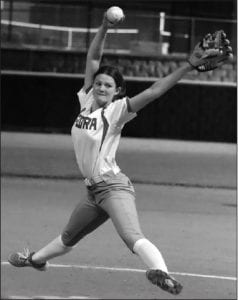 The Falcons stormed back with four in the bottom half of the inning. Fink’s infield hit was mishandled, and Elizabeth Lowery and Ashlynn Watts scored. Bush then scored after Charlotte Little singled to center field, and Fink reached home on Harleigh Livingston’s ground out to third base.

A. C. Flora added another run to lead 5-3 when Bush scored on Fink’s single to left field in the bottom of the third.

The Blue Devils tied the game at 5-5 in the top of the sixth when Mack scored on a double to left field from Washington. Washington then reached home on Isabelle Ramirez’s bunt single.

The Falcons grabbed a 6- 5 advantage in the bottom of the sixth when Masinsky doubled to center field to plate Jade Evans.

Dreher responded with a Marsh single to right field in the top of the seventh that scored Foster to tie the game at 6-6. 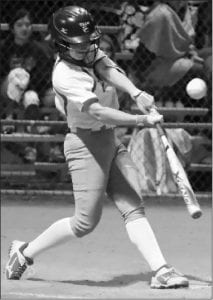 That brought it to the bottom of the seventh for Bush and Fink’s heroics.